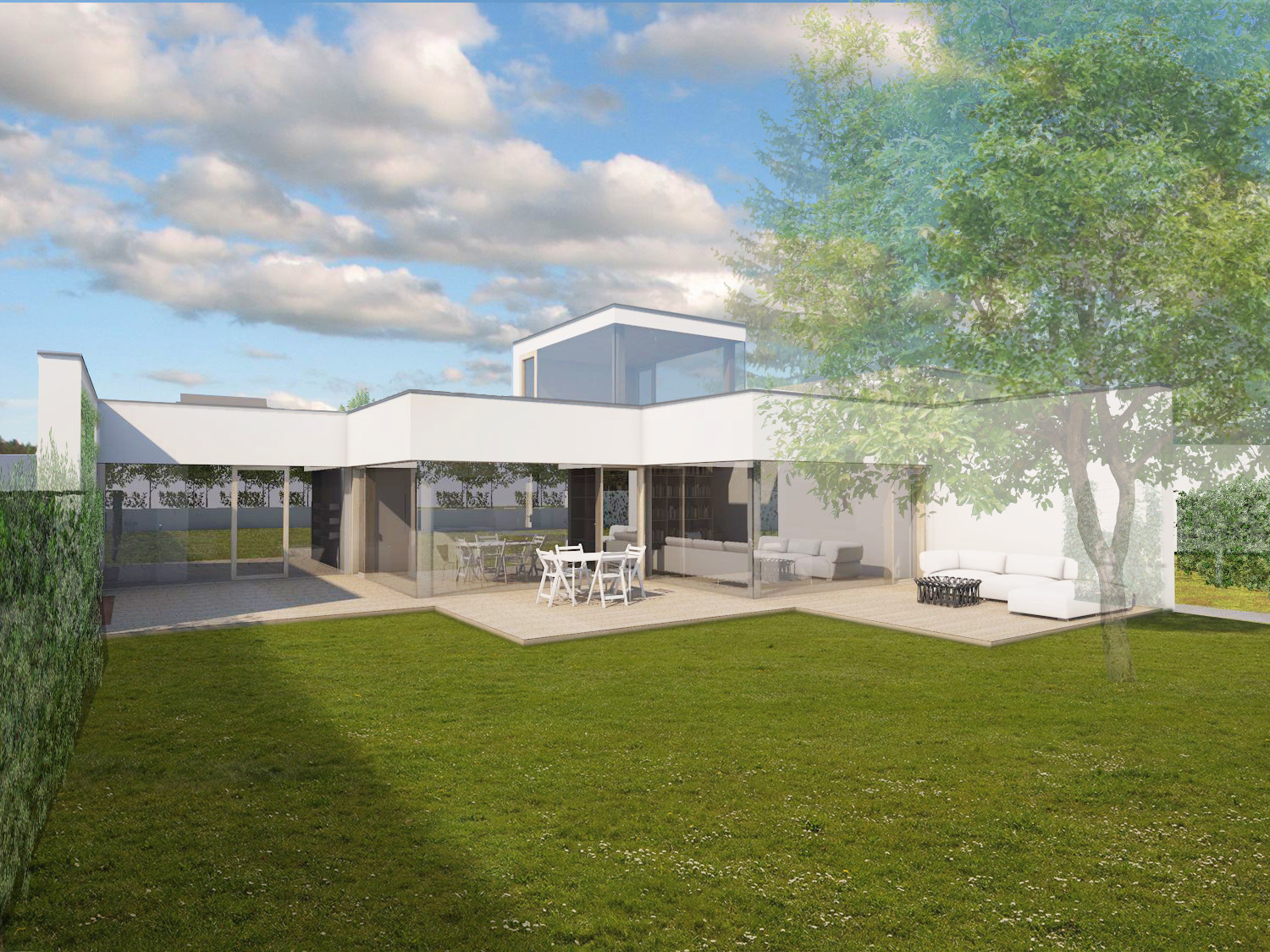 New family house with the hallmark of a villa

The house is to serve a young couple, in the future a family with small children. The flat plot is a relatively narrow and long garden with mature trees and the original cottage, which the future design does not take into account. the longer dimension of the land is oriented from north to south, from where there is access to the land. the task was to place the building appropriately so as to allow the use of the whole garden, or to divide it into parts according to use. the layout of the building should enable social and family life at one height level. it also has a study, a guest room and plenty of storage space. the basic principle of the proposal is to create a mutually separate social and family world. we achieve this by locating the mass of the house so that we can make full use of the potential of the land and at the same time solve its negatives. the land is divided lengthwise into 4 lanes. the first lane is determined by the original entrance to the land, which we leave in place, and which defines an access road and a parking space on the eastern edge of the land. it is completed by the new construction of a garden pavilion with an outdoor kitchen, materially corresponding to the warehouse building on the neighbor's side. two middle lanes define the living part of the house with a terrace facing the southern part of the garden with mature trees. further landscaping and addition of plants will create a green barrier, visually separating the family house from the street. the last, fourth lane on the western edge of the plot is treated as a night wing with a bedroom with a separate bathroom for parents and two children's rooms. the whole night wing is oriented to a quiet private northern part of the garden with an outdoor kitchen and barbecue, while it is separated from the bustle of the street by the mass of the day part of the house. by the mutual retreat of these parts within the four lanes of the land, the southern facade acquires an unusual shape of a "sawmill" but above all, thanks to this, more sunbeams from the southwest get into the living part of the house. by moving the fourth part of the night wing, there is also space for a swimming pool or whirlpool, from the west (and the neighbor) the walls are covered. the morphology of the sawtooth single-storey building is completed by a glass lantern accessible from the living room, serving as a study / rehearsal room or guest room with a beautiful view of the treetops.