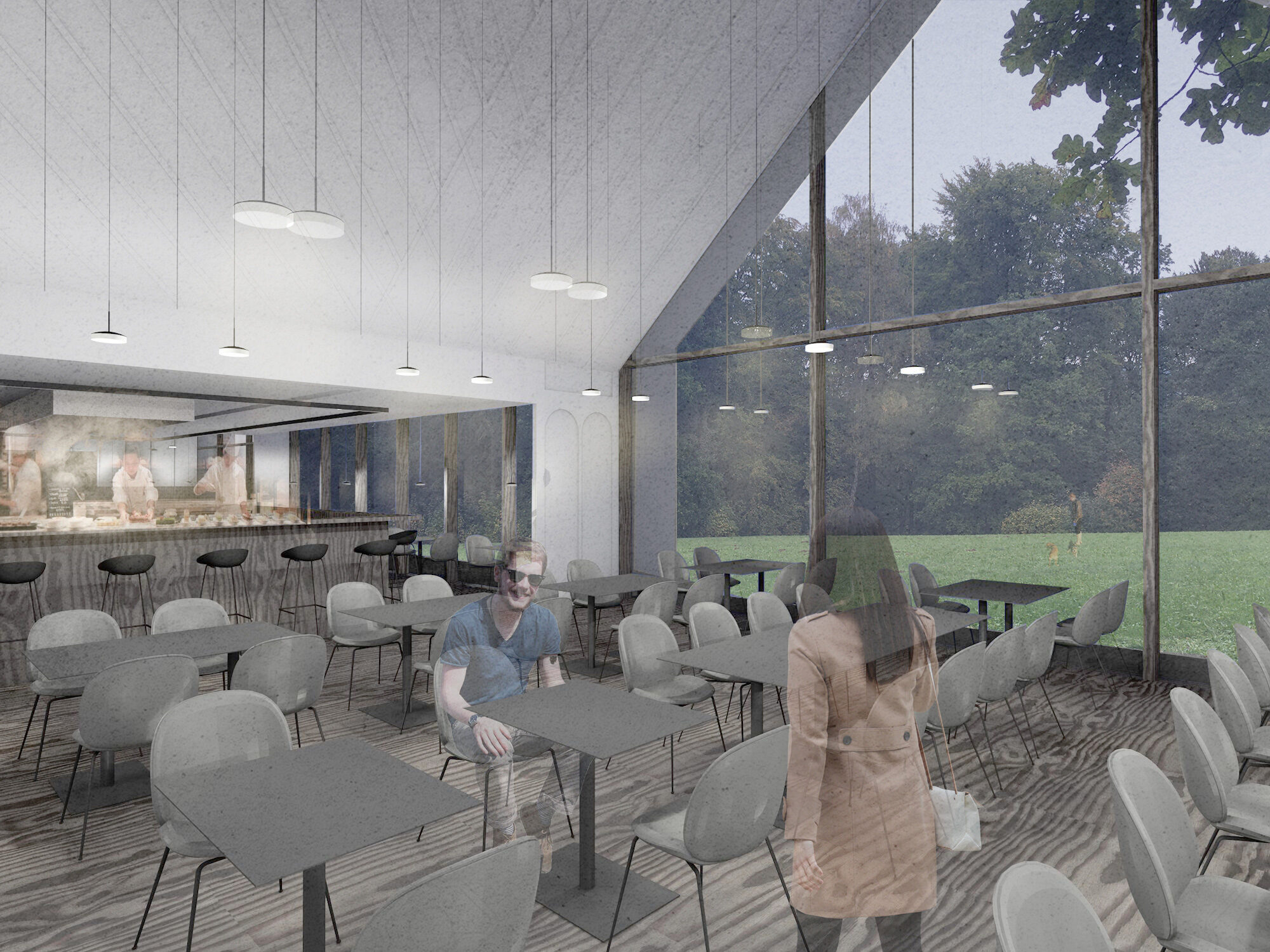 The idea study is trying to give the investor an image of ​​the architect's main ideas, the perception of the location and the placement of the restaurant "Nové Šetřilovsko" in the place itself. The biggest advantage of the newly planned restaurant is the direct relationship to the beautiful new park, which connects to the ongoing Metelkovy and Rývovy sady, which began almost in the heart of Turnov. The design of the proposal is to continue the tradition of the cruise restaurant and get as close as possible to the values ​​of the original building with a view of the slingshot. The visitor gets to the restaurant by a pleasant walk. The basic element of the design is the greatest possible use of views of the park from the restaurant (large glass gables). The intention was to create a pleasant, nice building that would act as a pavilion in the park. The house consists of two parts - 1 / stone (glazed on the north side) base overgrown with climbing plants and 2 / from the restaurant's own mass, with a light, partly wooden mantle on the outside. The concept of settling these two masses and consolidating the upper one towards the park de facto minimizes the visual effect from the lower part of the house. In fact, only the "levitating" pavilion "based" on the visually slimming staircase remains. The upper mass is then divided into three equal parts in the second plan (2 sides built on its base, the middle rotated by 180 °), which again help to reduce the overall impression of the house and make it a pleasant scale. The designed house honors the shaping of the original building and also takes over the details that create the continuity between the old and the new. However, his concept adheres to contemporary thinking in architecture. The material solution consists mainly of stone and glass at the plinth of the building, the main visual mass consists of white facade panels, glass and wood. The intention is to clearly identify and memorize the building, which will suitably complement the excellent kitchen so that both become a quality brand of the new Šetřilov region.